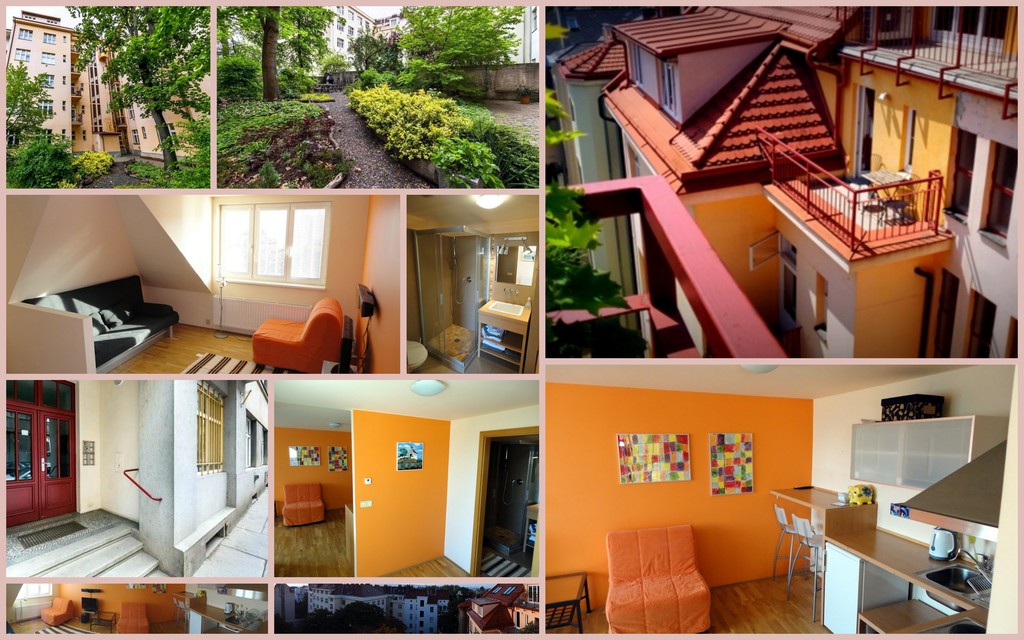 view of our 'guest' flat from outside (our roof terrace)

'panoramatic' view: our guest flat is on the right 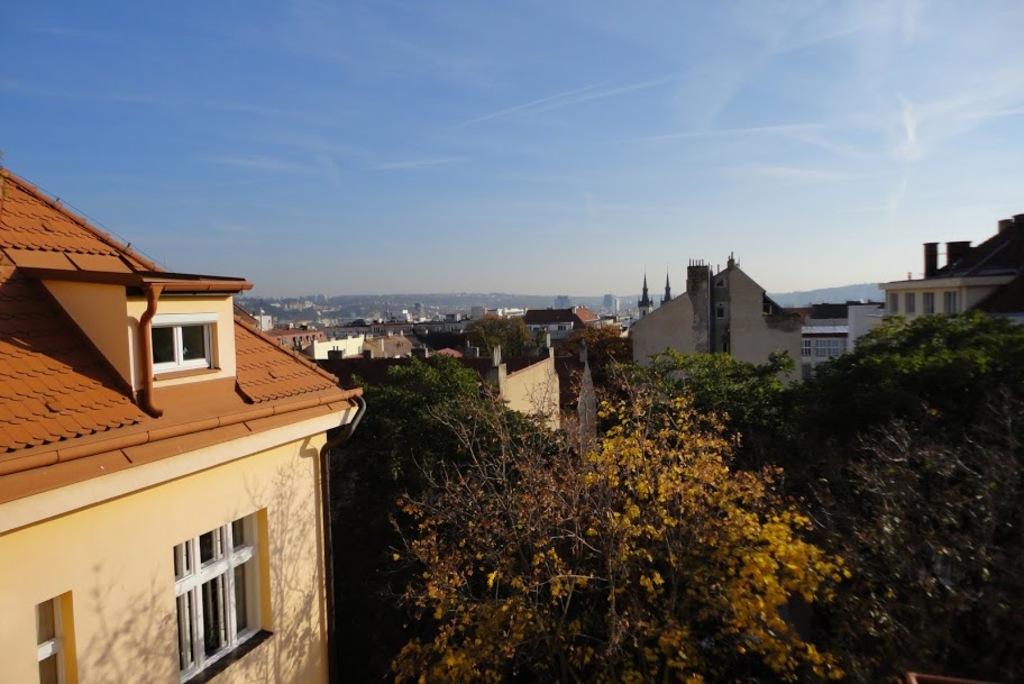 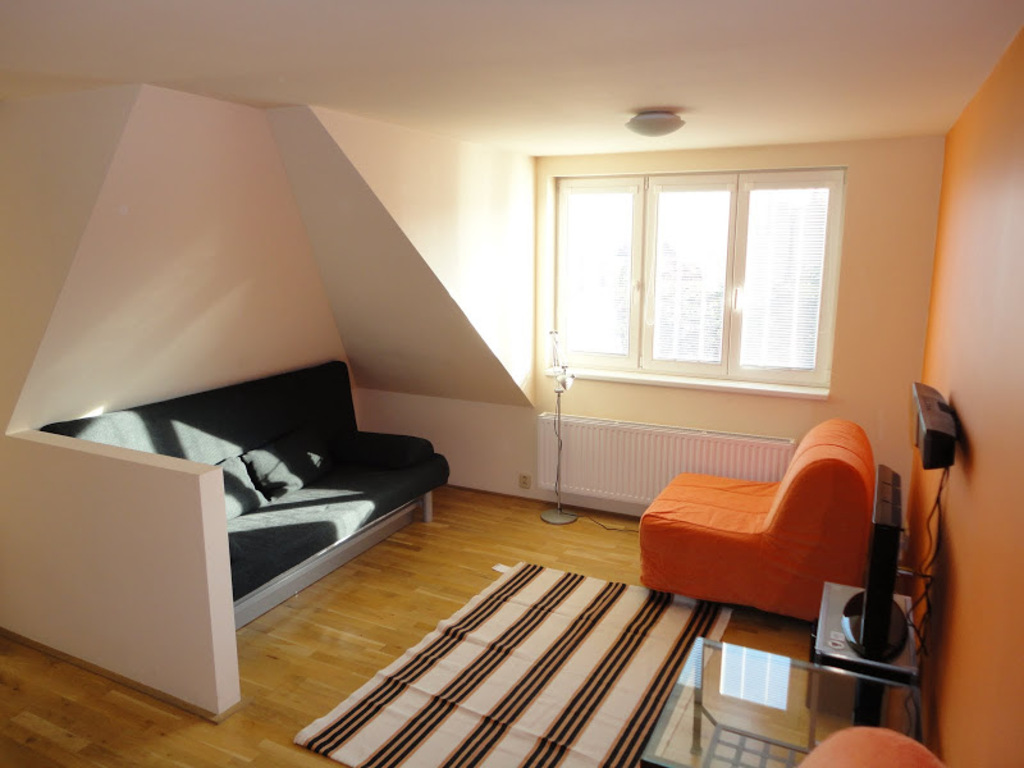 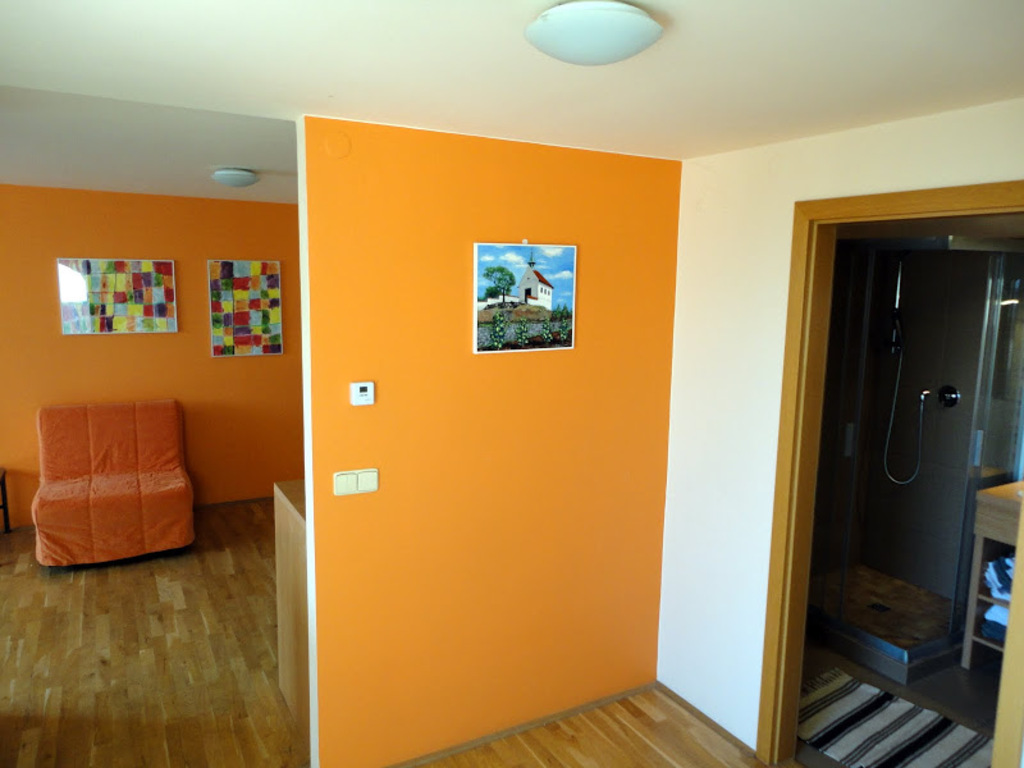 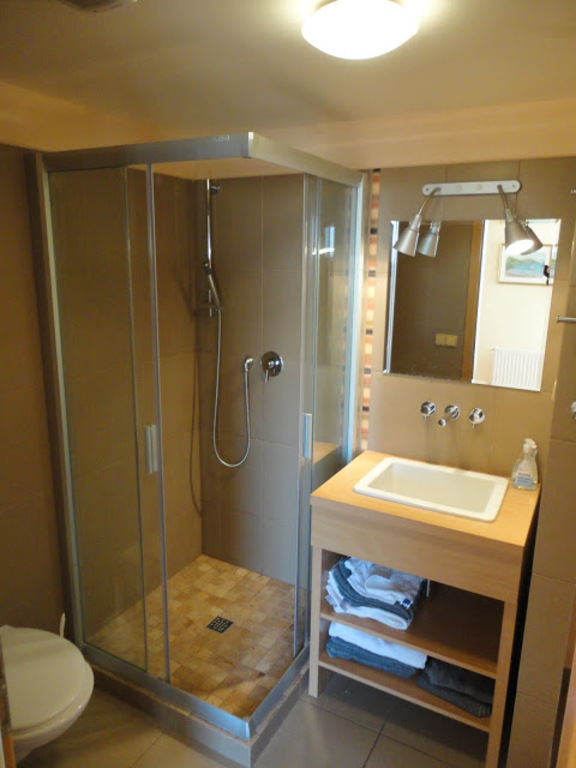 balcony from the top

'panoramatic' view of the flat 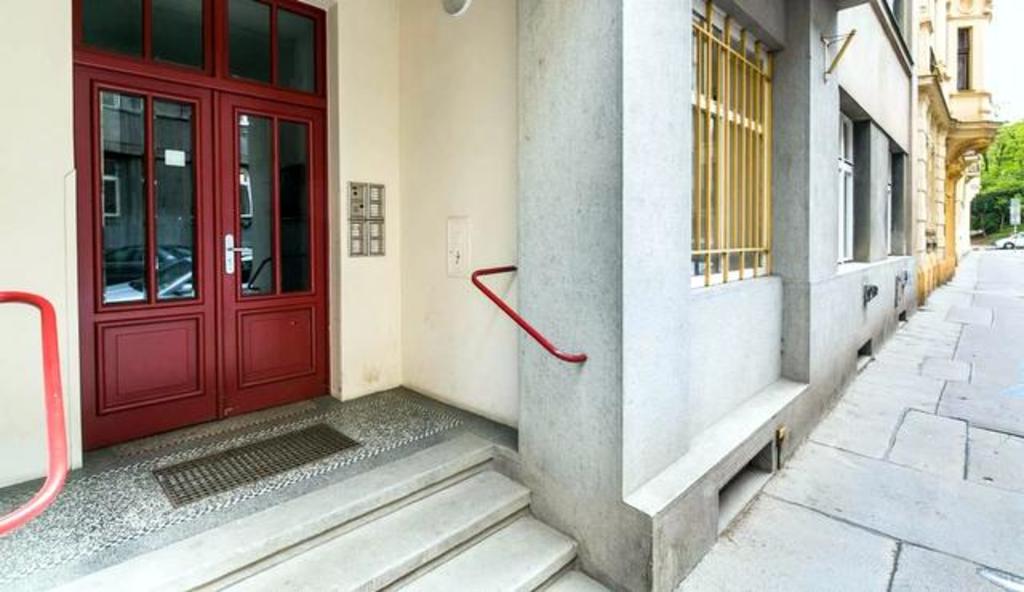 main entrance to the house 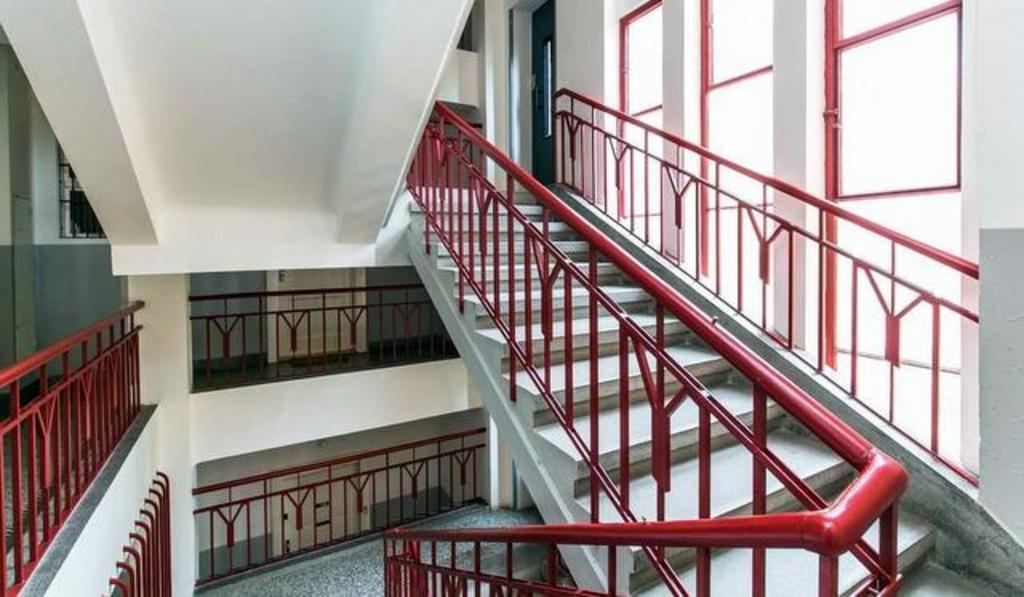 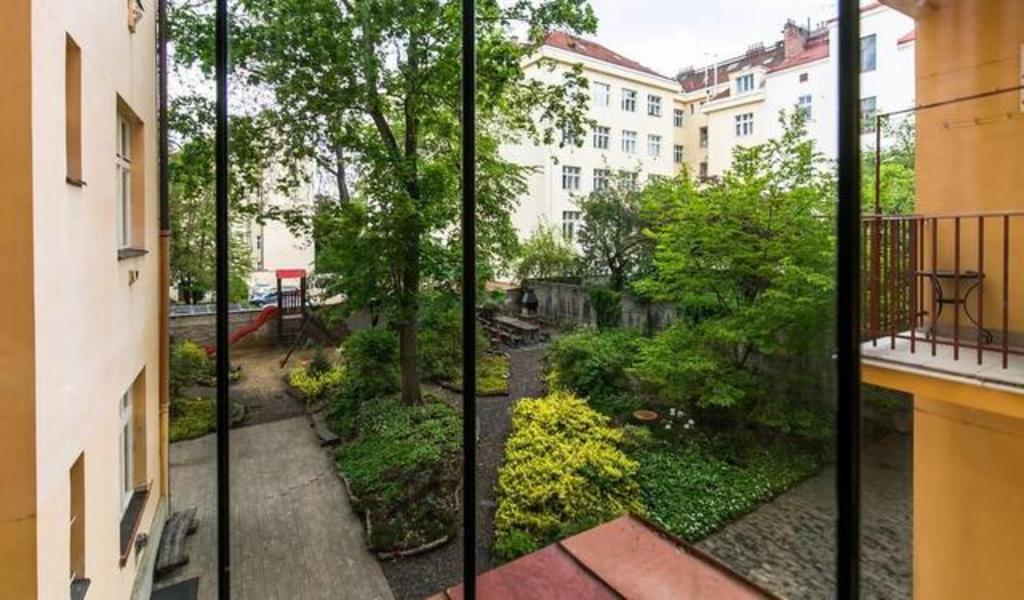 view of the garden from the elevator 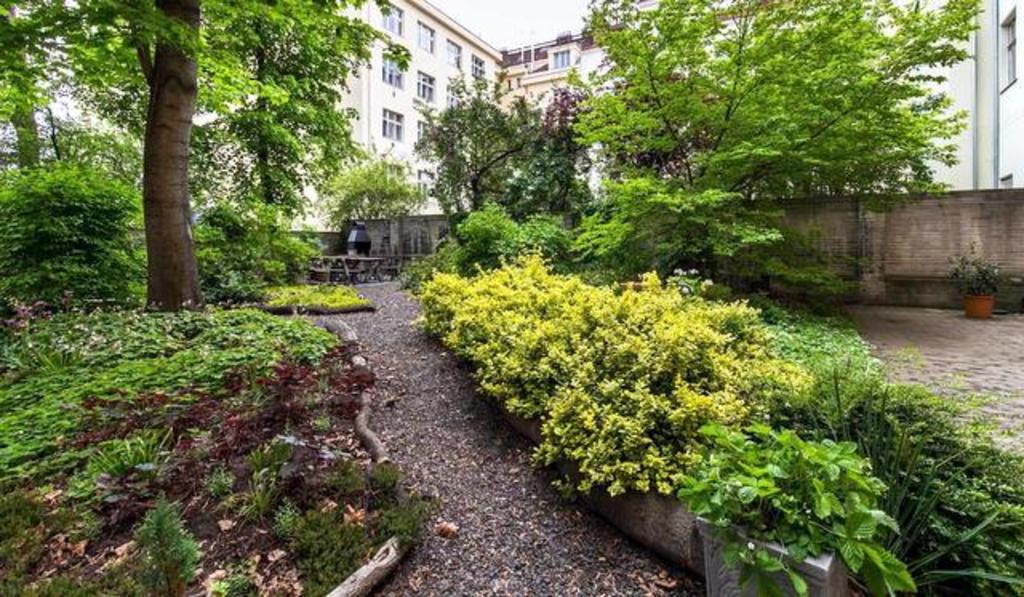 garden with the grill & outdoor seating 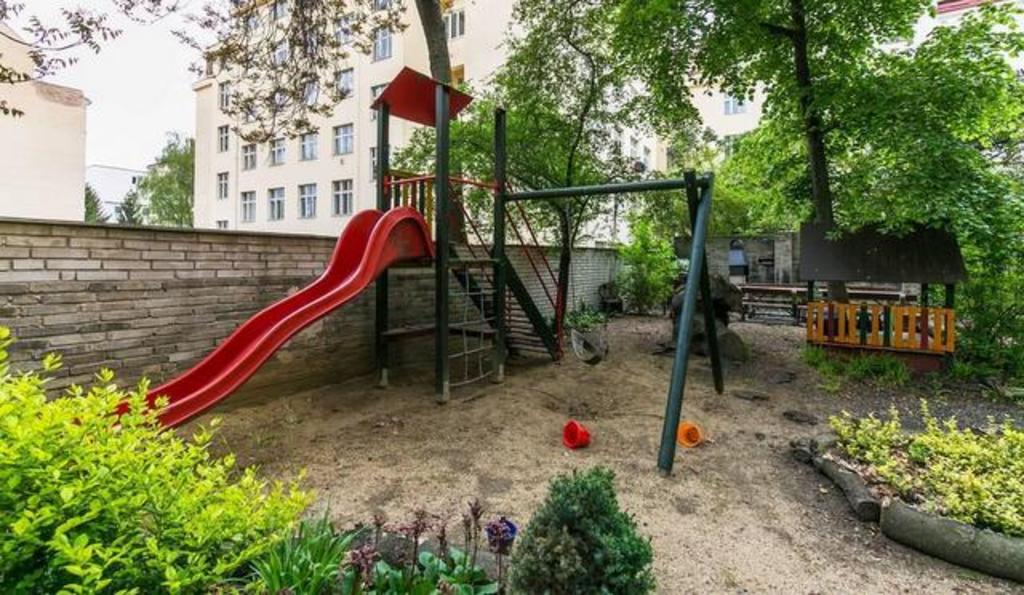 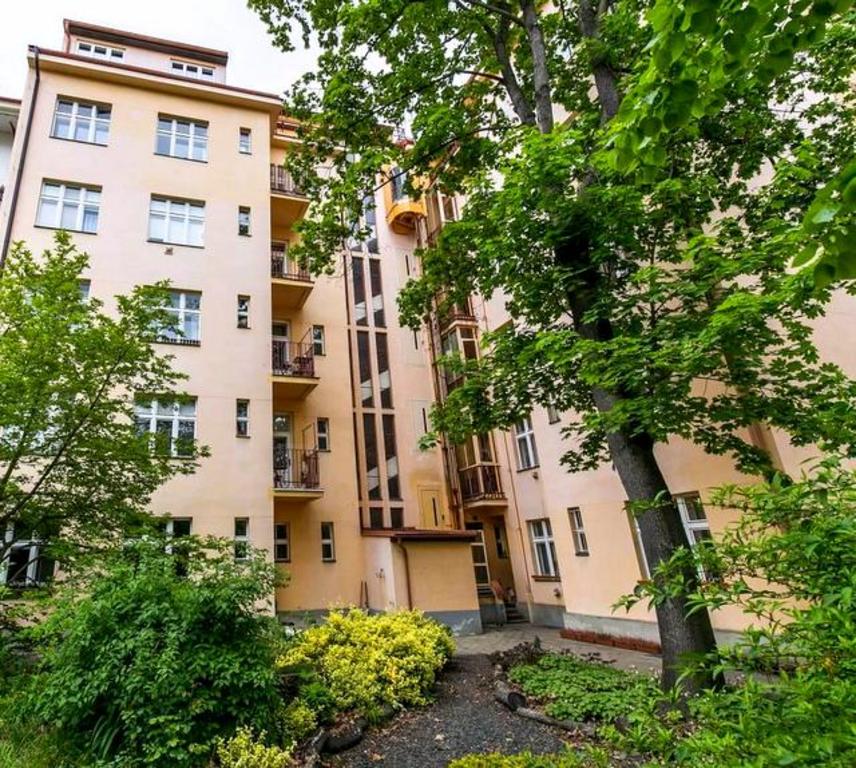 view of the house from the garden 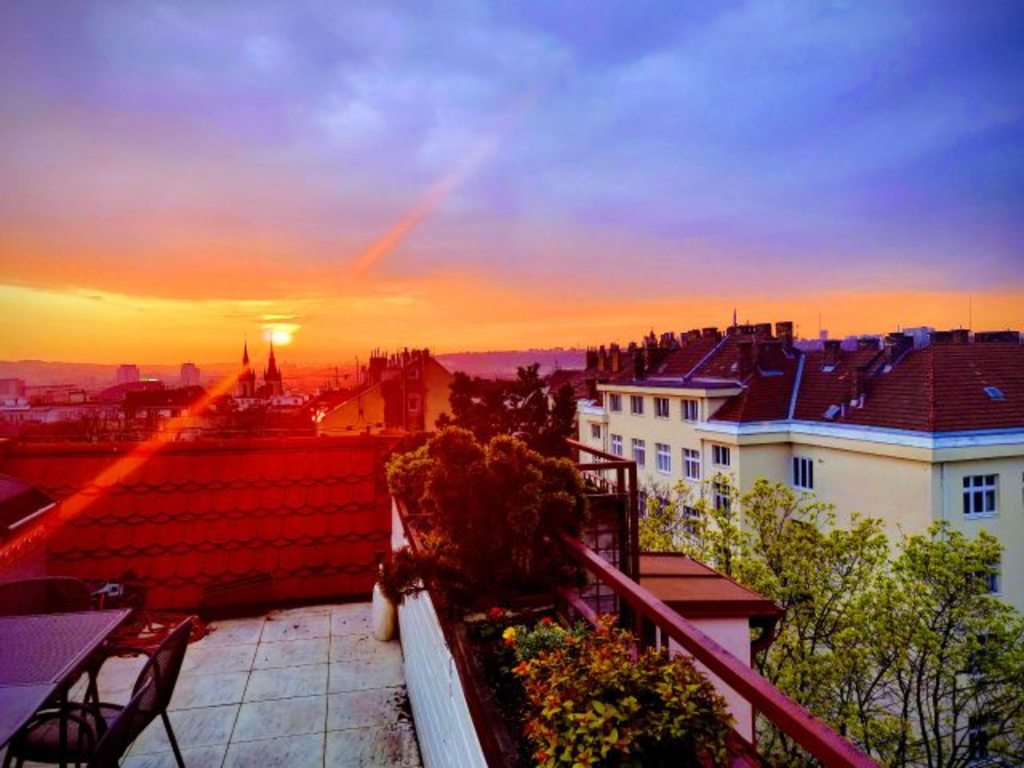 morning view from the roof terrace 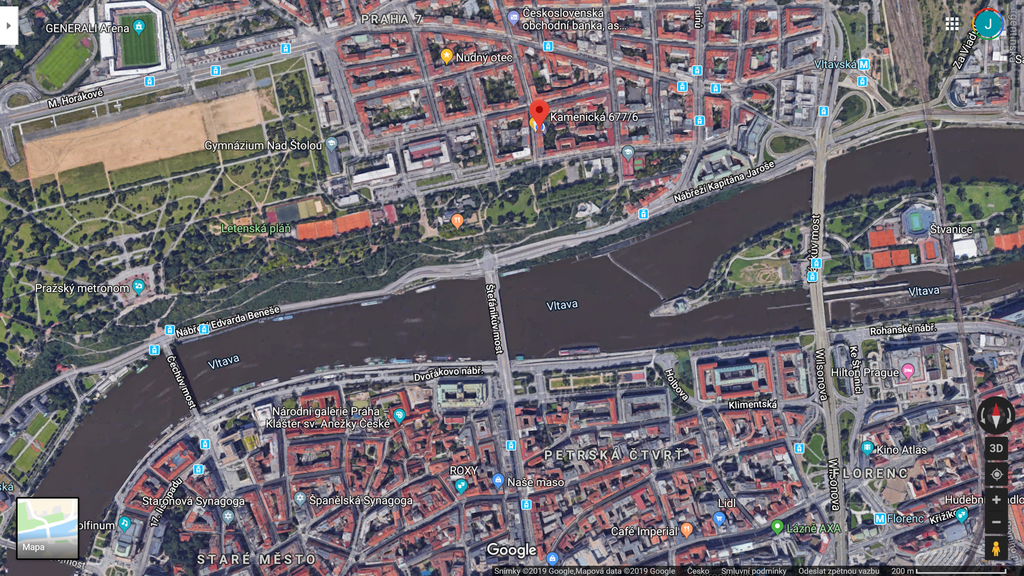 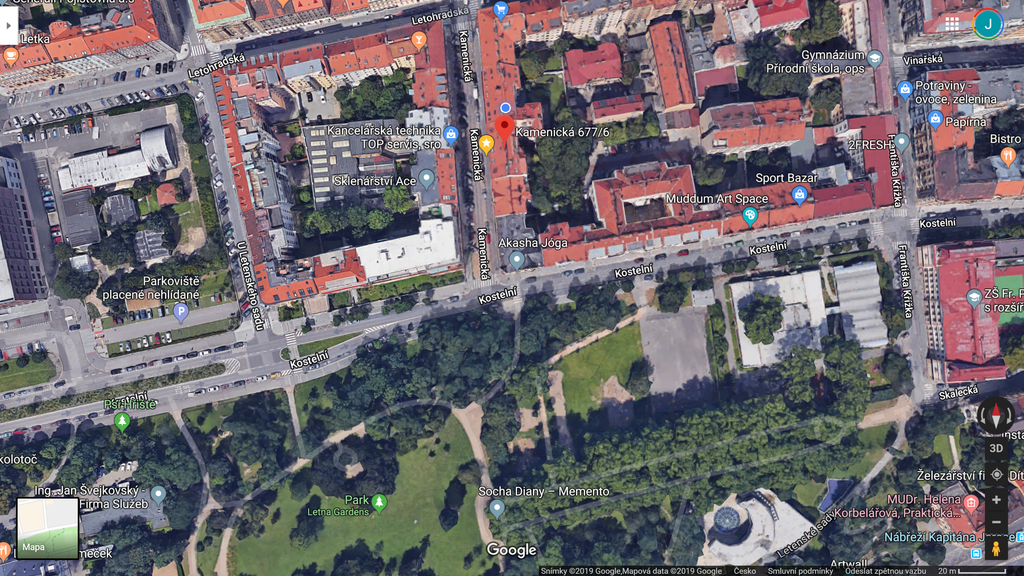 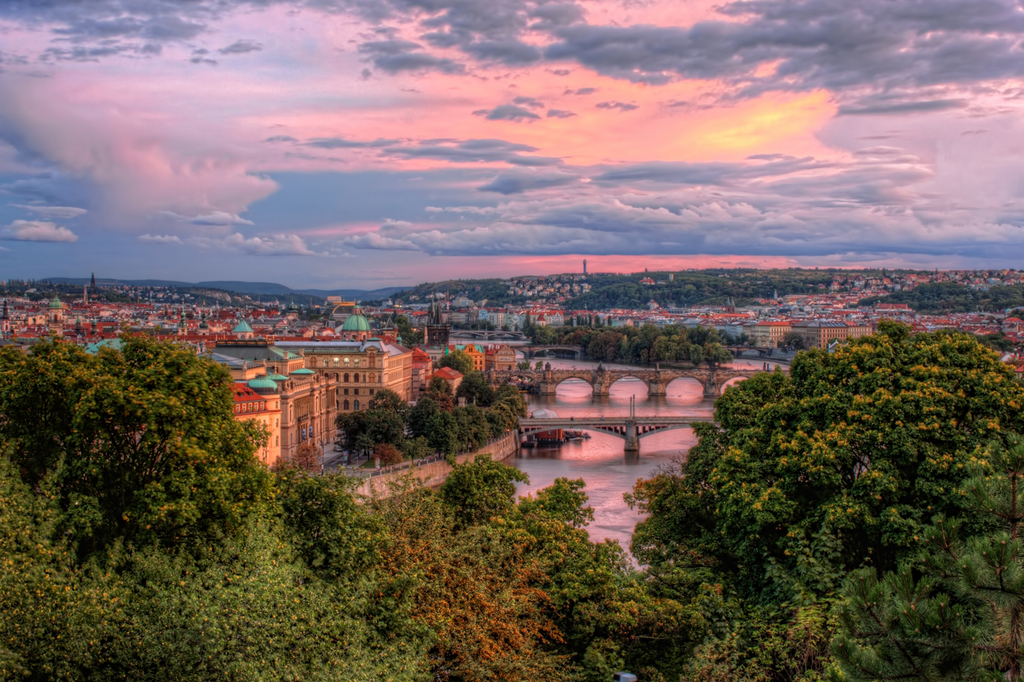 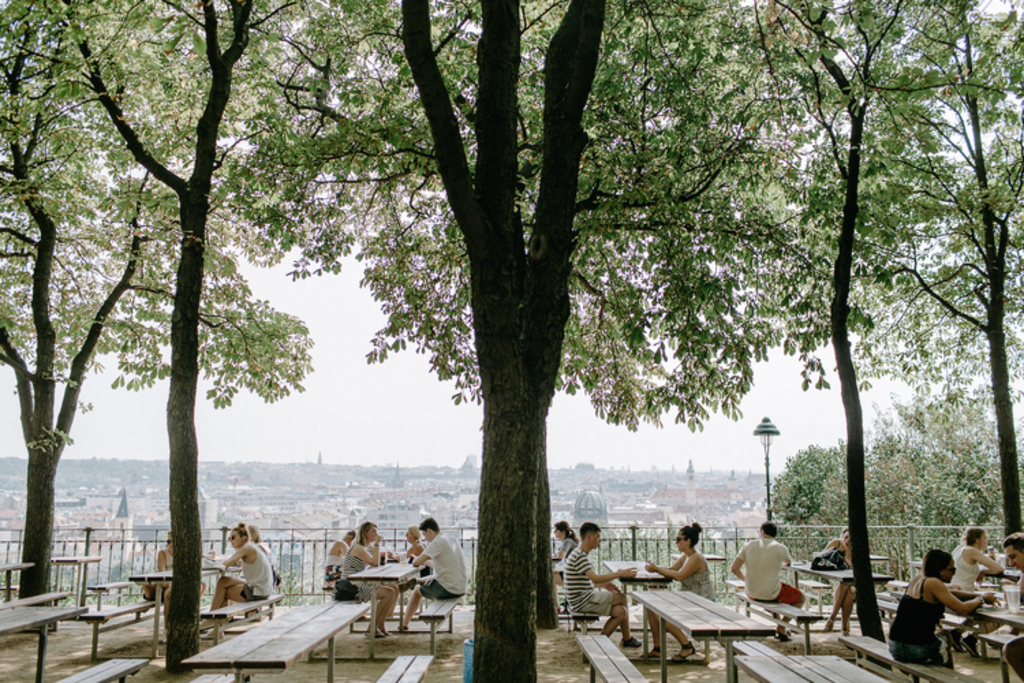 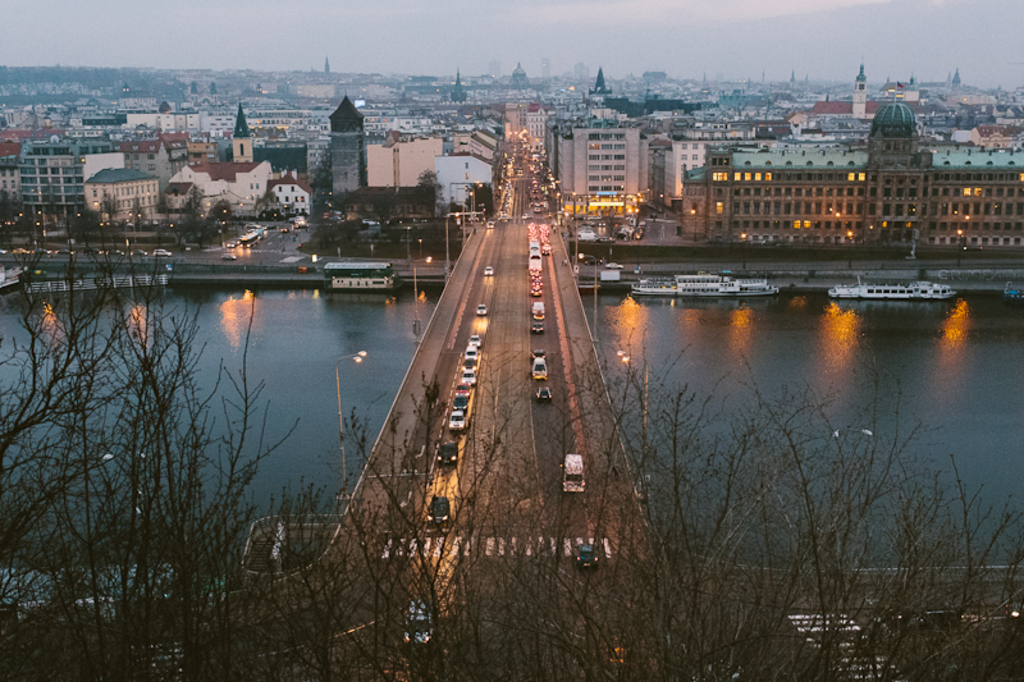 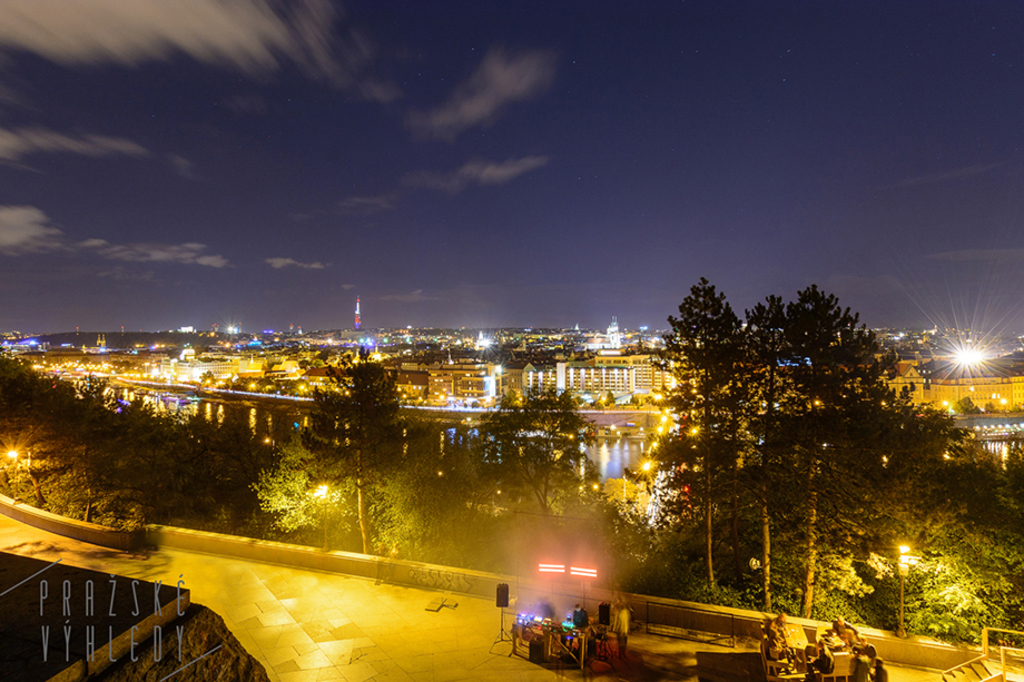 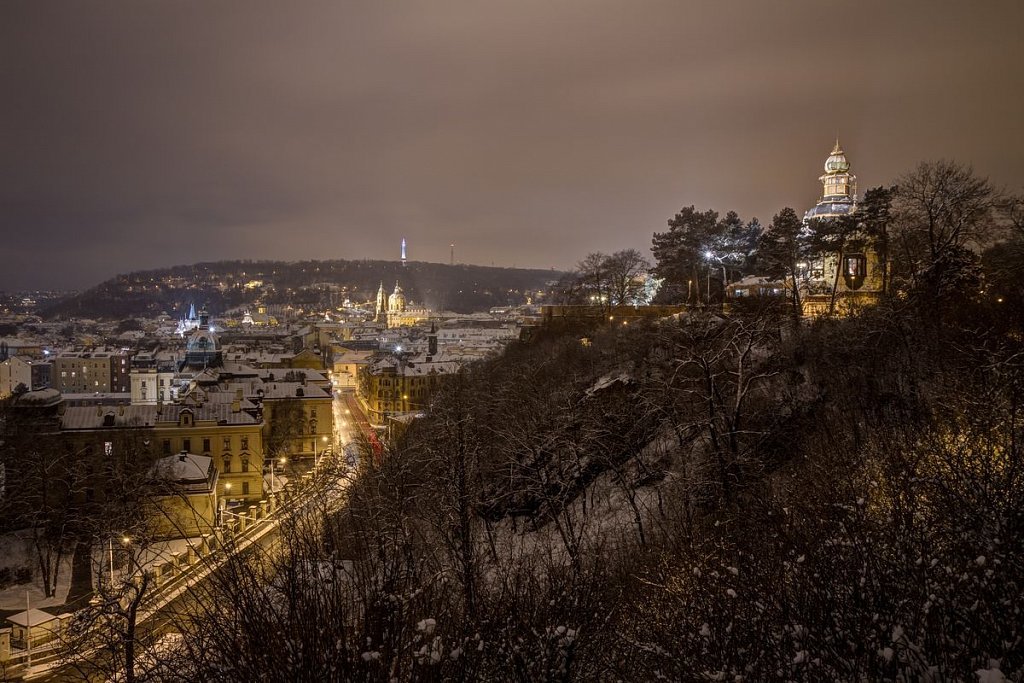 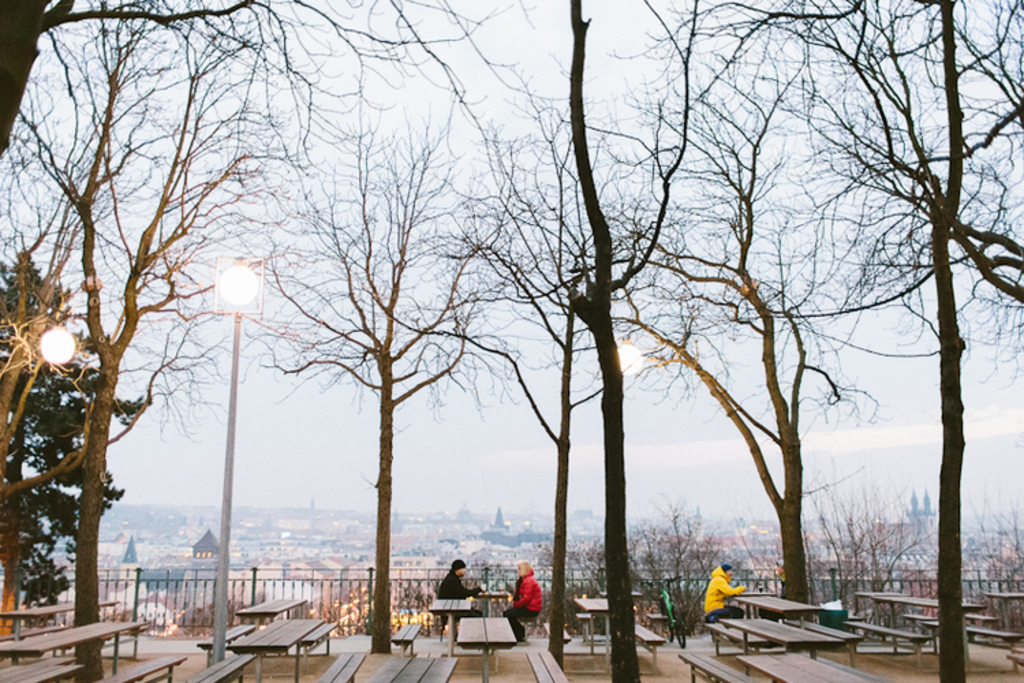 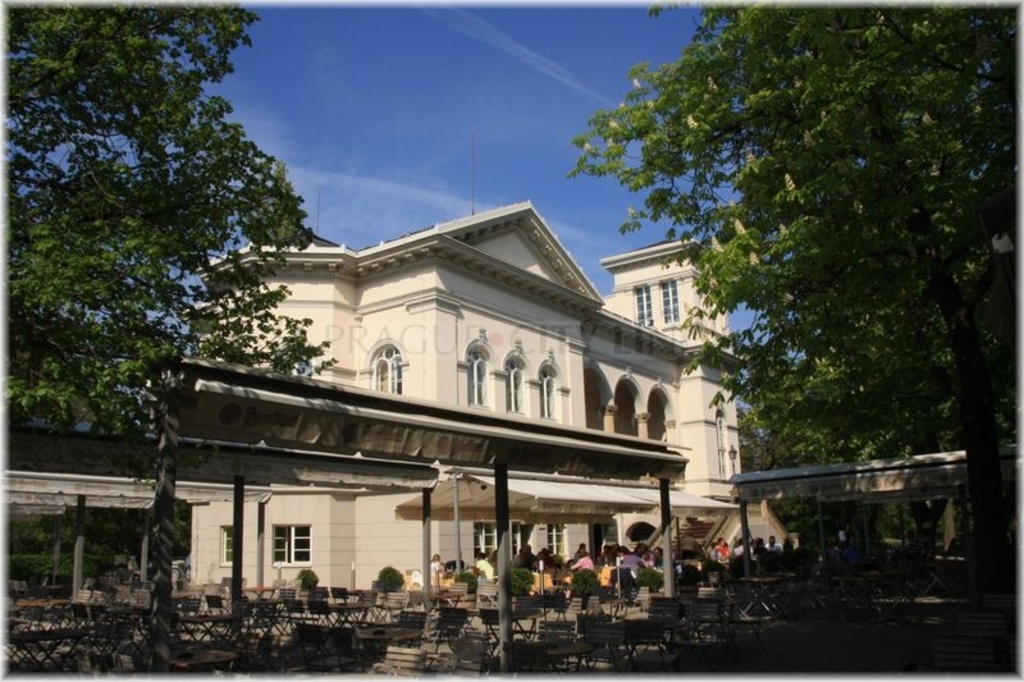 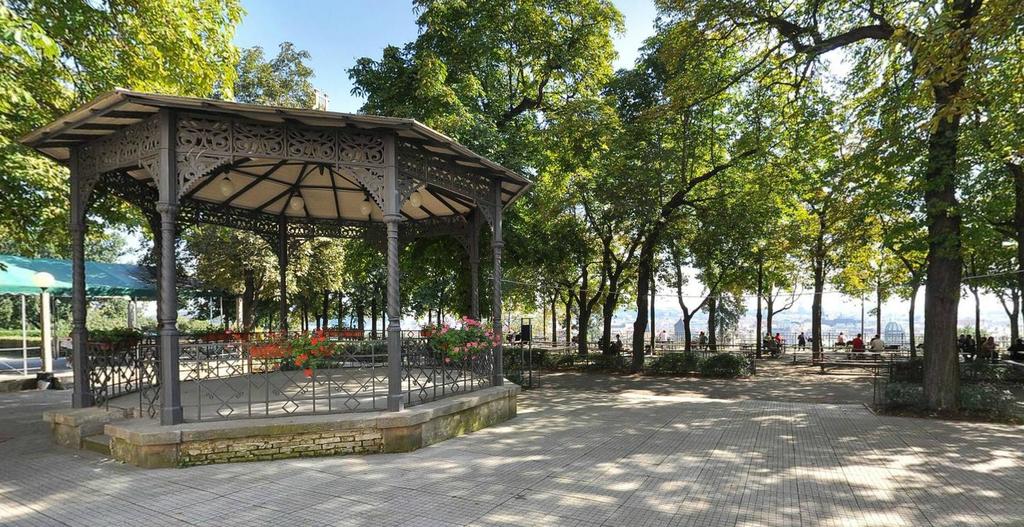 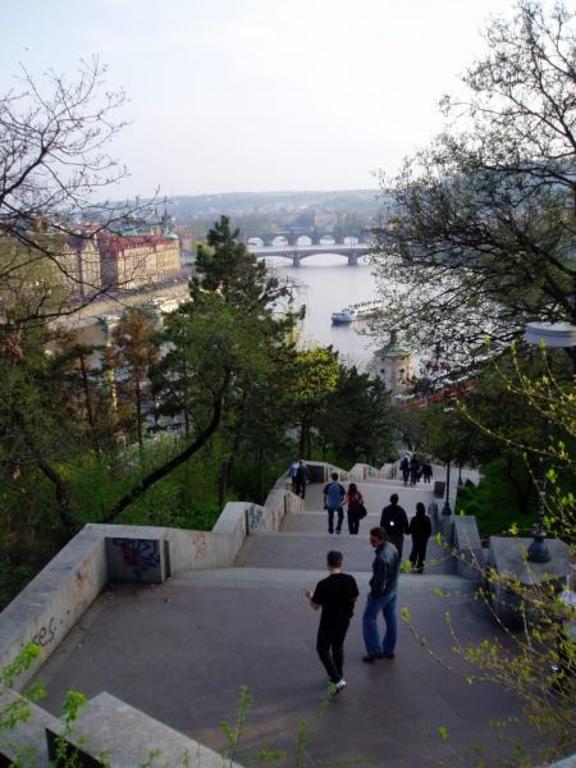 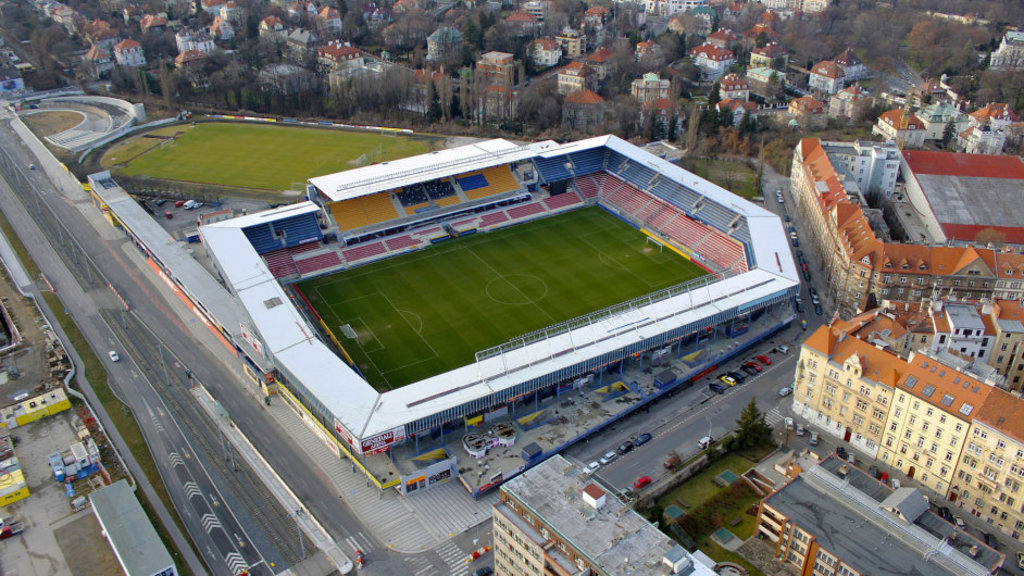 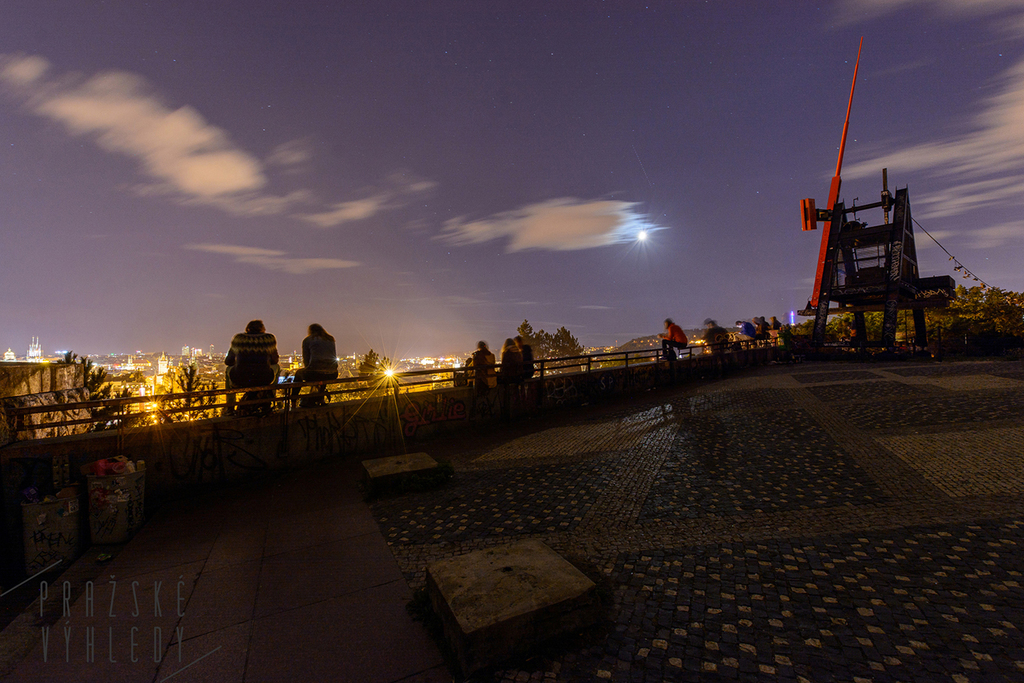 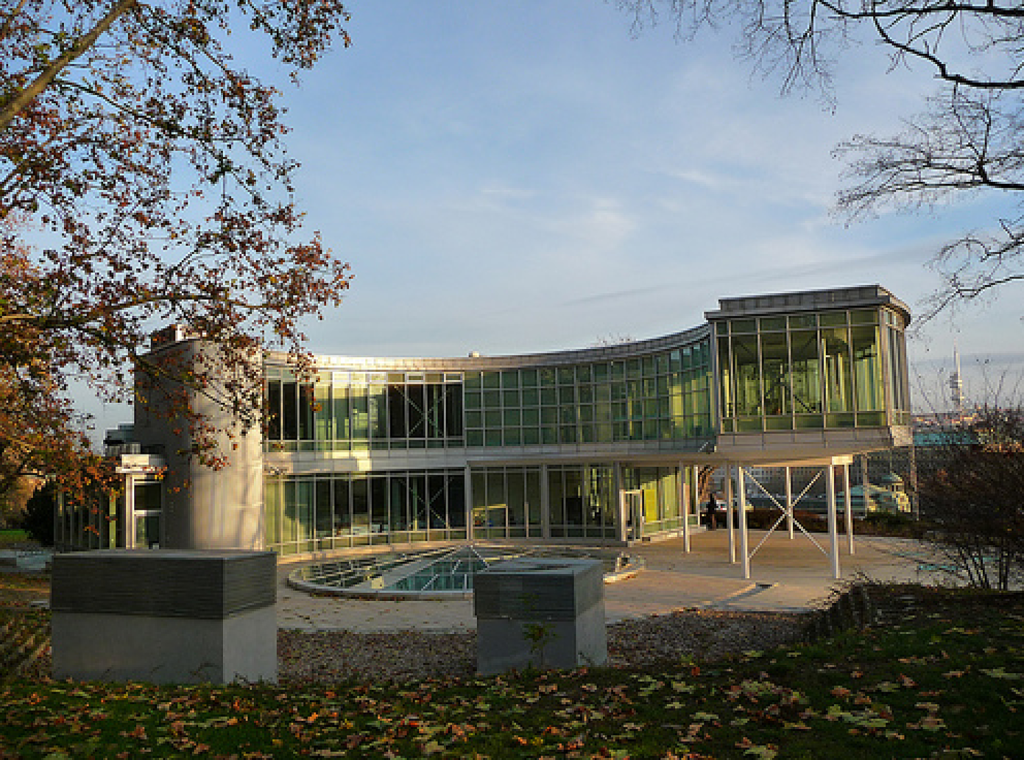 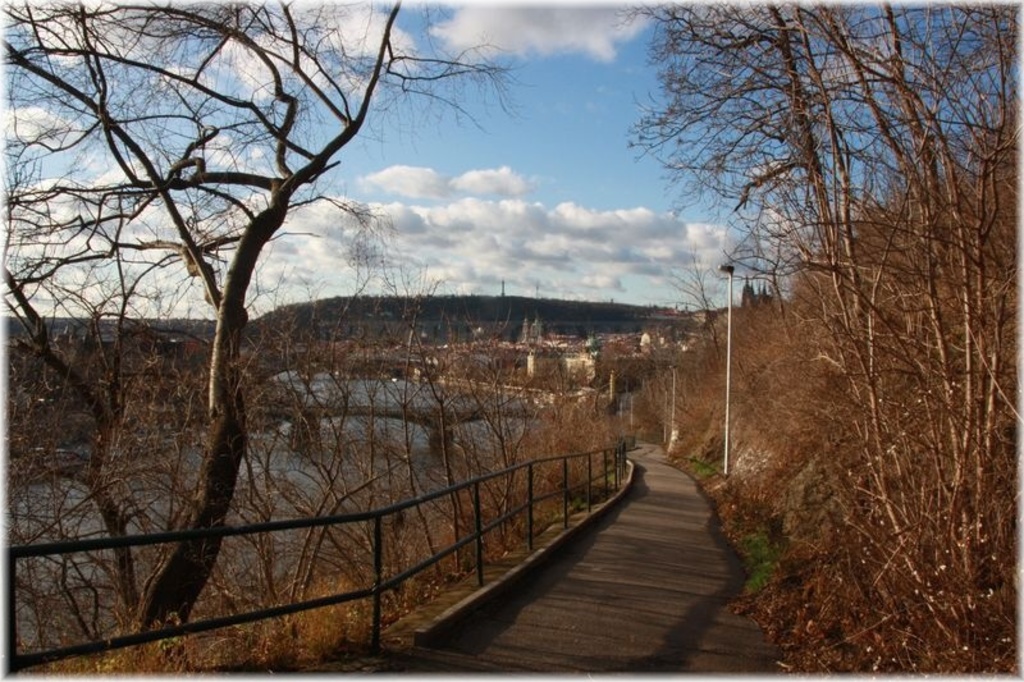 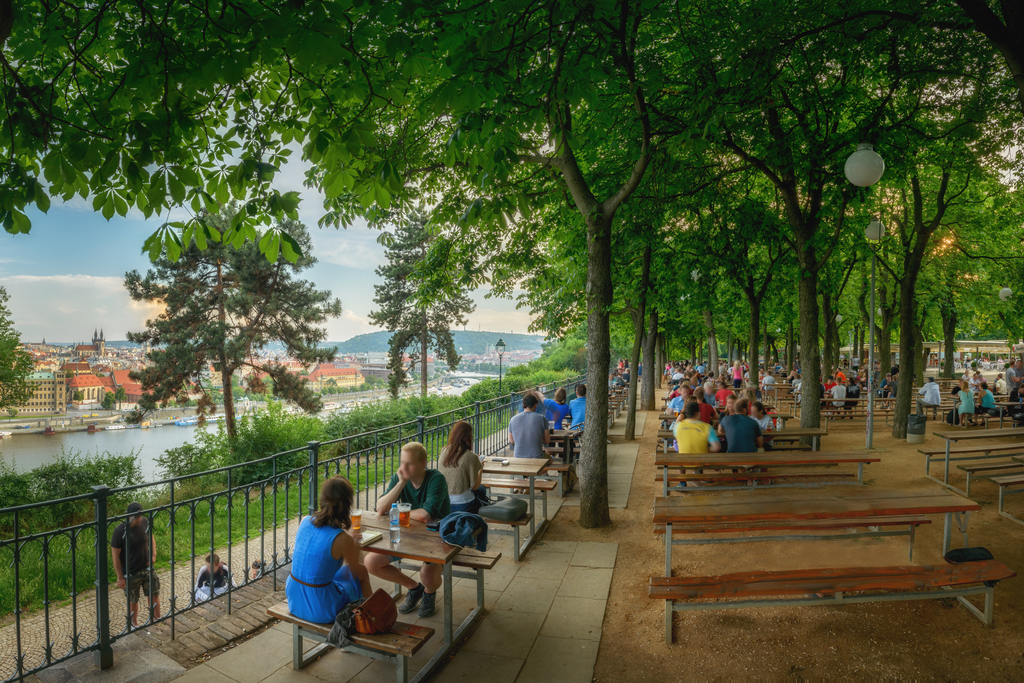 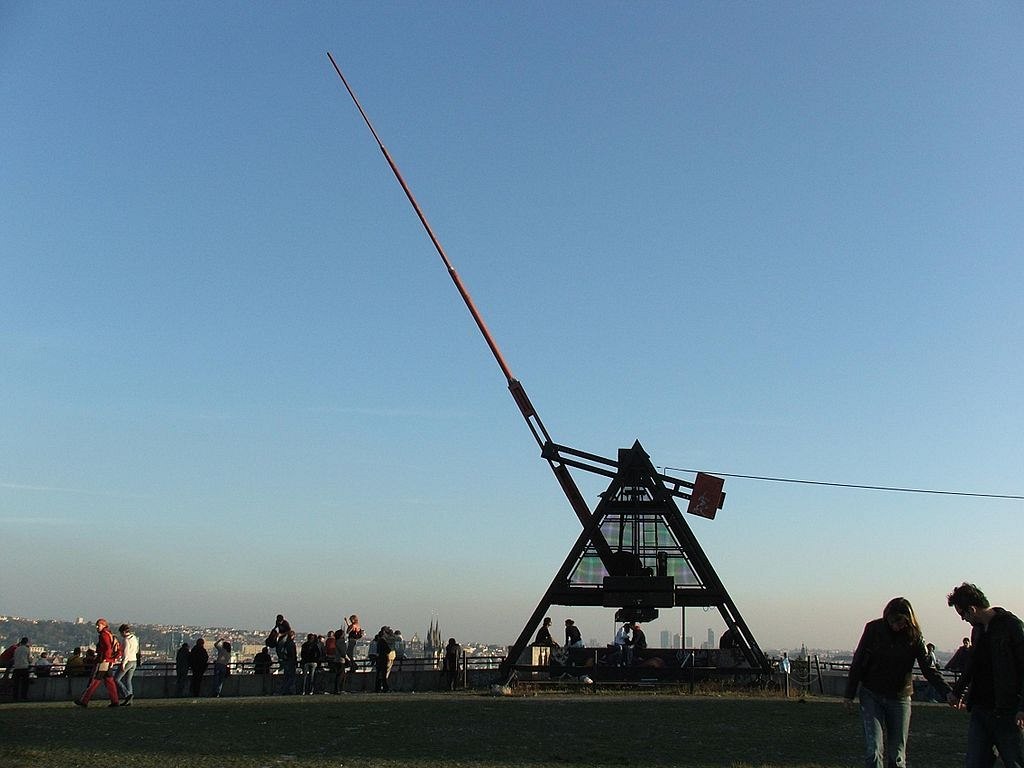 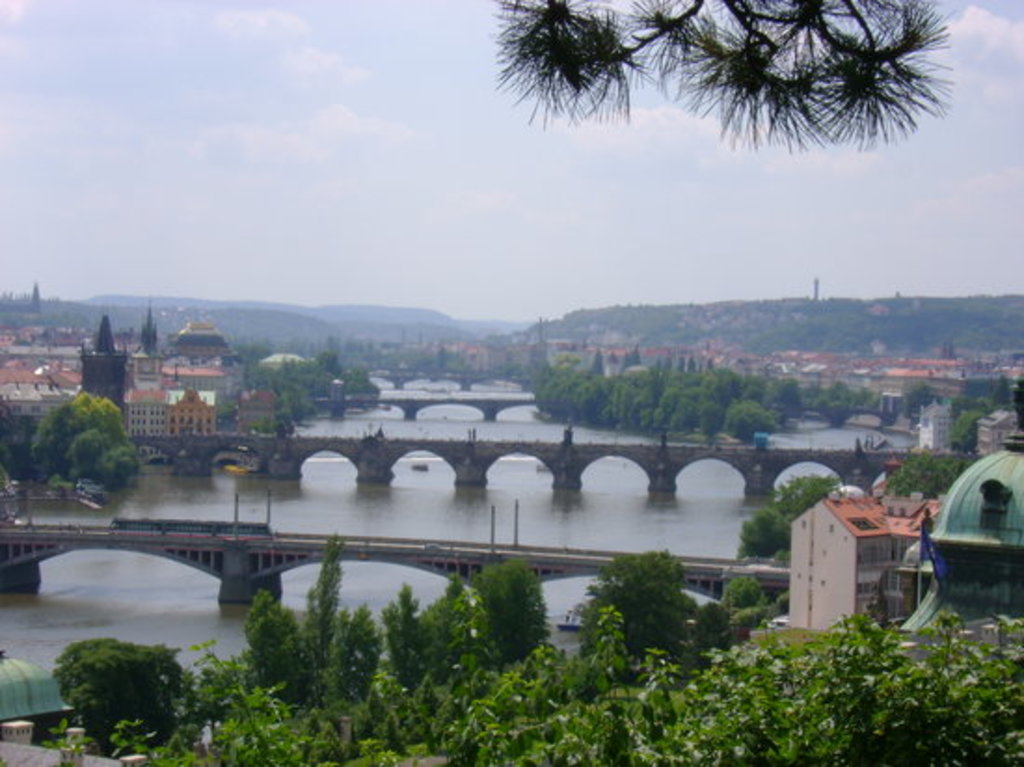 It is a 37m2 attic 'guest flat' studio with a small terrace (nice view, with 2 chairs and table), which can accommodate up to 4-5 people (1 double-bed sofa and 2 single bed expandable chairs/beds + spare foldable mattress).

The flat located downtown Prague in Kamenicka street No.6, Prague 7 on the hill overlooking Prague, next to ‚Letna‘ park leading to the Prague castle and Old Town.

This is our 'guest' flat, so it is available most of the time so we are flexible and looking also for non-simultaneous exchange and we could rent it as well!

Our neighborhood (Holešovice/Letná) was voted as one of the 10 of coolest neighborhoods in Europe in 2020 by The Guardian https://www.theguardian.com/travel/2020/feb/08/10-of-the-coolest-neighbourhoods-in-europe-paris-berlin-rome

Letná is a hill overlooking Prague historic centre and Vltava River just besides Prague Castle Letna district is arguably one of the best places to live in Prague. It benefits from its location just across the river from the busy historical centre, which means you’re near it all if you want to, but not in the middle of it all if you don’t. Nestled in between two parks, the Letenský park and the Stromovka, the area is great for families: there’s always somewhere to go or something to do, and far from traffic, too. Letná Park (Letenské sady) is popular for summer strolls and informal sports (inline skating and jogging being the most popular here).

North of central Prague, on the Vltava’s left bank beyond Letná park, Holešovice was for a long time seen as a bleak district with little to offer locals, let alone visitors. Its impressive resurgence over the past decade or so has been largely thanks to creative and commercial entrepreneurs taking advantage of low rents and empty spaces – apartment blocks, factories – to create a vibrant infrastructure of galleries, shops, cafes, clubs and bars. Although not as postcard-pretty as Stare Mesto (the old town) or Mala Strana over the river, Holešovice’s blend of industrial buildings, 19th- and early 20th-century tenements (with some lovely art nouveau blocks) and occasional communist behemoths makes for interesting meanders, and there are cultural treats aplenty too.

SEE & DO
Holešovice is home to big hitters such as the sprawling, plane-train-and-automobile-filled National Technical Museum (Kostelní 42), and the Veletrzni Palace (Dukelských hrdinů 47), part of the city’s National Gallery, but there’s plenty of contemporary art on offer too. The Dox Centre for Contemporary Art (Poupětova 1) helped put the district on the map when it opened in 2008, and runs consistently great exhibitions inside a former factory complex. At the revitalised Prague Market (on Bubenské embankment), a former slaughterhouse now houses international theatre and circus space Jatka 78 and the Trafo Gallery. Other hotspots include the Chemistry Gallery near the Hlávkův bridge, cultural centre La Fabrika (32 Komunardů) for theatre and concerts, and the highly popular Bio Oko independent cinema on Františka Křížka street, which hosts events and festivals. For a splash of green, Letná park’s hilltop location offers fine views across the city as well as beer gardens and, a few minutes’ walk north, Stromovka, the former royal game reserve, is the city’s largest green space.
Small but vibrant Veverkova street has become a mini-hub for shoppers, thanks to several retail hotspots in close proximity. Right by Bistro 8 (see below) is Garage Store (no 6), for sneakers and vinyl, and fashion store Jakoby (no 8), for unisex coats, dresses and jumpers, plus vintage outlet Recycle With Love. Right across the road (no 7) is the shop of designer Helena Darbujanova, who sells her own chairs, tables and lamps alongside work of other Czech designers, and Page Five (no 5) which stocks an international array of books, magazines, and posters, and also hosts launches and events. Another great event to look out for is the pop-up Mint Market, which brings together Czech interior, fashion and jewellery designers in Prague Market and other venues.

EAT & DRINK
range of dining and drinking options here is healthy and growing all the time. There’s a choice of hip breakfast and brunch hangouts, from Cafe Letka (Letohradská 44) with its rough walls and handsomely large windows, to the spacious industrial chic of Vnitroblock (Tusarova 31), which doubles as a gallery and concept store. For tasty Czech pastries and cakes, head to the simple Erhart patisserie (Milady Horáková 56). The stylish Bistro Jankovcova (Jankovcova 14a) has sweet or savoury breakfasts, soups and salads, and Bistro 8 (Veverkova 1410/8) serves Sunday brunches, brisket burgers and pulled pork tacos. For dinner, check out swanky SaSaZu in Prague Market, which matches Asian fusion cuisine to regular DJ sets, or Bar Cobra (M Horáková 8), whose menu spans mezze plates, wild boar with noodles, and a great selection of wines and cocktails. If you still have energy to hit the dancefloor, grungy Cross Club (Plynární 23) has live shows, DJ nights and themed parties pretty much every night, while the slicker Mecca (U Průhonu 3) is the spot for house music all night long.